You are at:Home»Meet the Editors

Meet the editors, staffers and freelance team that brings you the latest features, opinion, video and news on both electrichybridmarinetechnology.com, and in print 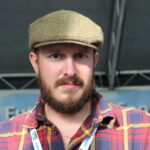 Lawrence has been covering engineering subjects – with a focus on motorsport technology – since 2007 and has edited and contributed to a variety of international titles. Currently, he is responsible for content across UKI Media & Events' portfolio of websites while also writing for the company's print titles.